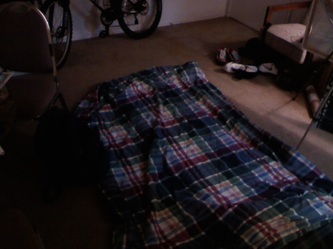 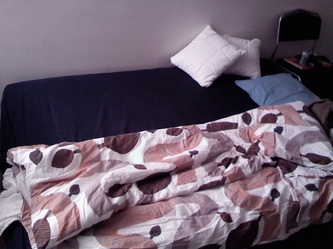 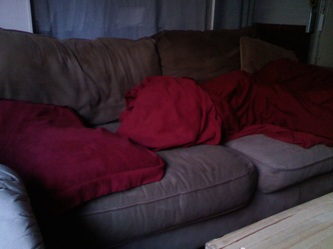 A social experiment that was also an intimate investigation of 19-23 year olds, I crashed on the floors and couches of my former students living in Isla Vista, CA. Our interactions and exchange later led to the development of sequential shadow vignettes recorded on video and formed into the installation, Manuscript for Urban Poetry. This experiment was not about being lost in a community, but about affiliation through relocation. A report of my past experiences can be viewed on a separate blog.

Photos courtesy of Jazmin Ment
Part experiment and social intervention, I constructed a mobile shadow theater and pushed it out into the neighboring UCSB community Isla Vista, CA on the Friday night of Halloween weekend in 2011. Parked in front of a local business, I performed a street pop quiz game show via an overhead projector from my theater to passersby. Older locals and law enforcement participated, and quickly caught on with the most correct answers while my show competed with the show of young college students in costume. 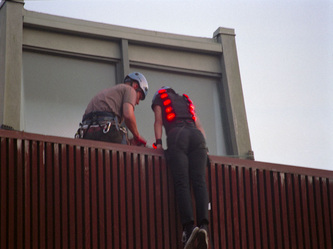 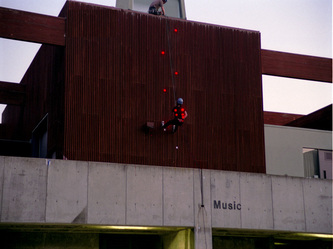 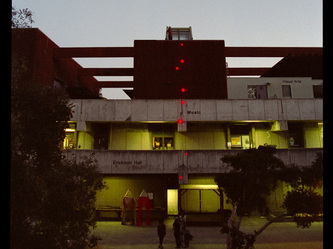 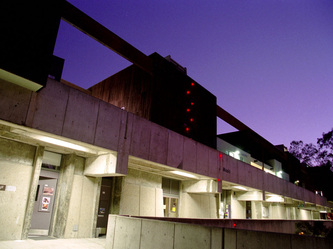 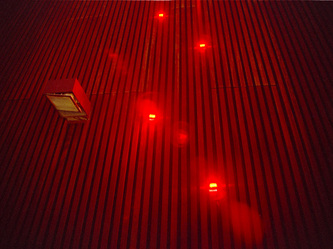 In light of the opening night of the senior exhibition on campus, I rappelled down the Visual Arts Building at the University of California, San Diego. This performance was a metaphor relating to the completion of my undergraduate career and "entering the real world." As I descended I detached several blinking red bicycle lights from my back and wrists, and mounted them in a trail along the building.